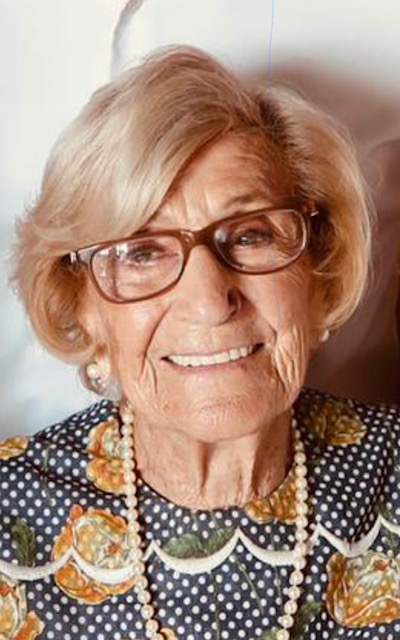 Noemi Trepper, now 102 years young, was born in Szombathely, Hungary, in 1919, the youngest of 4 surviving siblings. She met her husband, a couple of years her senior and married at age 20.  Shortly after their wedding, in April 1939, they began planning their escape from a turbulent Europe.  They arrived in Chile just as the war erupted. By overcoming language barriers, they were soon busy in their chosen fields, Noemi opened her own custom blouse and shirt manufacturing business and her husband, an architect, helped to rebuild the south of Chile, ravaged by a terrible earthquake. During this time their first daughter was born. After the war, the young family returned to Hungary. Post-war life in Budapest was turbulent, politically unsettled while transitioning into an isolated Soviet satellite.  During these difficult times, their second daughter was born.

As soon as the opportunity arose during the 1956 uprising, the family escaped through the iron curtain and set sail to South America again.  Noemi and her husband restarted their professions.  Their family grew. Their eldest daughter got married and the following year their first grandson was born.  The idyllic South American life in Chile ended suddenly with the elections on September 4, 1970, when Allende became the first Marxist president in South America.  Inspired by Canada’s 1967 Centenary celebration book with amazing photos of this great and mysterious country, the family moved this time north, to Canada.  Noemi and her family again overcame language and cultural barriers.  Her husband found his dream job as Chief Architect of Lagoon City, a new vacation and time-share community, developed by a visionary Hungarian, Andrew Zsolt. This was the first of its kind in Canada and pioneering work. Yet again Noemi opened a high-end blouse manufacturing business, full of energy and optimism.  Their second daughter got married and more grandchildren joined the family.

Today, Noemi's grandchildren have had families of their own and Noemi enjoys their and their partners’ love and the love of her many great-grandchildren. 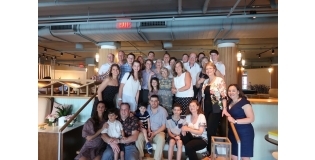 The attached picture shows the celebration of Noemi's 100th birthday in Miami, surrounded by her international family.

Limited Spaces Available for our NEXT Issue!
Contact us for advertising rates and article submission at submissions@senioropolis.com

This is my overlay title